A Secure and Confidential health care portal on your fingertips. 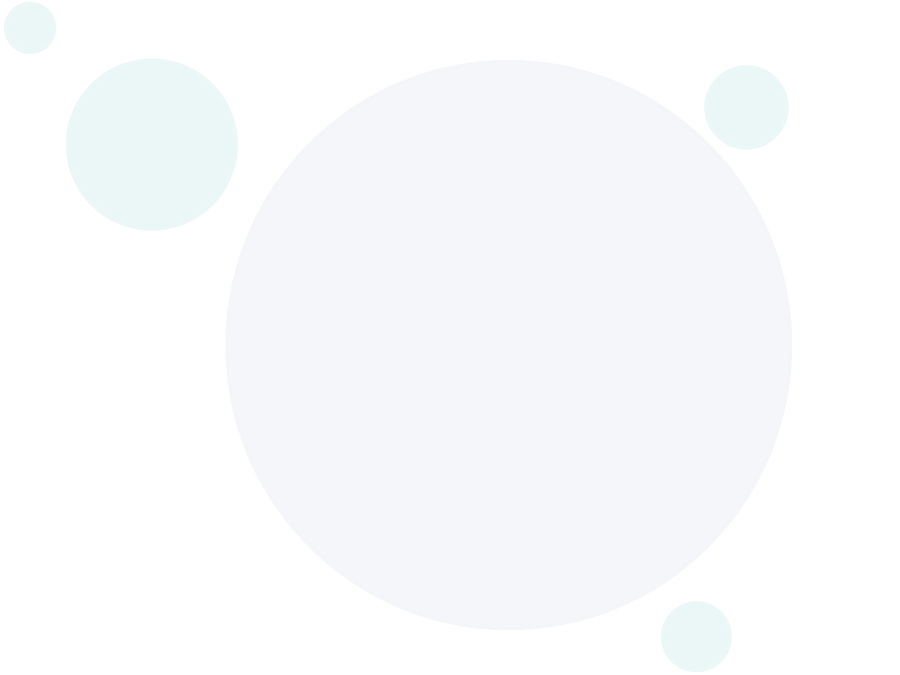 Many Software’s exist in the market. But they all work in isolation and cater to only a part of the health care eco-system.

DOCSMART is a novel health care software which addresses this lacunae and helps in linking all health care services under a Common cloud based Health care Ecosystem (HES).

Various Modules for health care Providers are created which talk among themselves in real time without any external interference, maintaining a secure and confidential environment.

Unlike many existing software’s the Search Module for Providers is offered free so that genuine information is shared with the patients. The App allows for genuine Rating and Reviews along with features towards online Chat and Grievance redressal among others. All modules for the Providers are comprehensively made to include Appointments, Staff, Stock and Accounting features among others.

DocSmart Offers a gamut of Home Healthcare Provider Services. A platform for all stake holders to interact among themselves.

All the needs of a doctor in the form of Visibility, Appointment Booking, Out Patient Module, In Patient online Hospital records Access, Online Consultation, Telemedicine, Conferences, Online Meetings, Webinars, News-Blogs-Forums and Emergency Codes form part of this software. The doctor can access health records in real time.

Stay connected to health experts and read what they have to say via DocSmart.

Most Sophisticated Machine of The Modern Age

Sophisticated Machines of the Modern Age are one of the most useful things humans have found.

Managing diabetes with food and medicine

With diabetes, your body either doesn't make enough insulin or can't use it as well as it should.

Holding a Karnataka-based doctor guilty of using poor-quality implants in a knee-replacement surgery and failing to provide post-operative care, the State Medical Council in Karnataka on June 4 has

After Dr. Mohammed Irshad operated on the patient five years ago, the patient became bedridden and ultimately died on April 21 last year.

While KMC has announced its verdict, another case is still pending against the doctor at the consumer court, which is likely to hear the matter on June 30, reports TOI. The matter goes back to five years ago when the patient had approached Dr. Irshad, who had advised her for total knee-replacement surgery. Following the operation the patient had to undergo physiotherapy, after which she allegedly caught an infection. When she again approached the doctor, he allegedly patched the stitches using a stapler instead of operating on her

As per the latest media report by the Times of India, In his complaint before the KMC, the husband of the patient stated, "The doctor recommended Khanum to undergo total knee-replacement surgery after which she was shifted to a ward where physiotherapy was done by an unprofessional person causing the stitches to come out. She also caught an infection. The doctor hurriedly patched the stitches using a stapler in the ward instead of taking her to the operation theatre. Soon after coming home, Khanum developed black patches on her knee."

Consequently, the patient started developing severe pain in her knee and after consulting another orthopaedic specialist, they came to know that starting from her diagnosis, her entire treatment was wrong and further the patient had been operated with low-quality implants. As a result of the operation, the patient became bedridden for the rest of her life and she lost her ability to move or exercise. She died last year, it has been a firm belief of her family that her death is a direct result of the poor health she suffered due to the knee-replacement surgery.

Aggrieved, the 80-year-old husband of the deceased, who is paralyzed on his left side and has been trying tirelessly to get his wife justice had filed a complaint with the KMC.

KMC has finally suspended Dr. Irshad for six months as it held him guilty of medical negligence.

Responding to the KMC order, Khan told TOI that he wanted to make sure that no one suffers from such negligence. When asked if he was satisfied with the punishment, he said "I do not want to comment on the KMC's order."

The Subject Expert Committee (SEC) under India’s drug regulator has recommended granting the Emergency Use Authorisation (EUA) to the country’s first mRNA-based Covid-19 vaccine people in the know told ET.

The SEC recommended the authorisation in a meeting held on Friday.

The vaccine is developed by Pune-based Gennova Biopharmaceuticals.

The recommendation has been sent to the Drugs Controller General of India which will soon decide on the approval, the same people said.

In its meeting on Friday, the SEC reviewed data on Gennova’s mRNA vaccine.

"The experts were satisfied with the data and recommended EUA for the vaccine," a senior government official said.

Earlier this month, Gennova had approached the drug regulatory authority seeking EUA for the vaccine.

Gennova had in April submitted interim data on the indigenously developed vaccine to the drug regulator. After that, the Central Drugs Standard Control Organisation had sent some queries to the company.

"The company had later come back to the drug regulator and submitted additional data," the official said.

The company has conducted Phase-2/3 trials on 4,000 participants to evaluate the vaccine's safety, immunogenicity and tolerability.

While India's eligible population has received the primary dose of the Covid-19 vaccines, NITI Aayog member VK Paul had said the mRNA platform continued to be "important in the medium term, near future and beyond".

"We need the mRNA platform because it is a new platform, it has shown to be effective worldwide," Paul had said.

According to him, the mRNA platform would be useful for developing vaccines for other diseases like malaria, dengue and TB as well. Gennova is also developing an Omicron-specific vaccine on its mRNA platform, with the Omicron variant of Covid-19 becoming the dominant strain.

AbbVie announced on Monday that the European Medicines Agency’s Committee for Medicinal Products for Human Use (CHMP) has recommended the approval of Rinvoq (upadacitinib). According to reports, the once-daily treatment involves patients who have active non-radiographic axial spondyloarthritis (nr-asSpA) with objective signs of inflammation, as indicated by an elevated C-reactive protein and/or magnetic resonance imaging.

Reportedly, the patients who were administered this drug have typically responded inadequately to nonsteroidal anti-inflammatory drugs. It is noteworthy that AbbVie’s application for the approval of Rinvoq is supported by results from the phase 3 SELECT-AXIS 2 study. The company disclosed the results of the study last year.

During the study, the therapy met the primary endpoints, while safety data were reported with no new risks identified compared to the known safety profile.

“Patients with axSpA often experience delayed diagnosis and once they do receive one, there are limited therapies available to help control disease symptoms, such as inflammation, back pain and stiffness. The CHMP’s recommendation to approve upadacitinib for patients with nr-axSpA is an important milestone in providing a new treatment option to patients in need,” Neil Gallagher, vice president, developed, and chief medical officer at AbbVie said.

Vienna [Austria]Jun 27 (ANI): According to a recent study from the 2022 Congress of the European Academy of Neurology (EAN), the majority of people who experience ischemic stroke and who have no known risk factors have underlying diseases.
Overall, the study identified that 67.7% of stroke patients with previously undiagnosed major risk factors (UMRFs) had a major risk factor.

Researchers from Center Vaudois, Lausanne, Switzerland, analyzed the health records of 4,354 stroke patients from the ASTRAL registry from 2003 to 2018, of whom 1,125 had UMRF.

Using multivariate analyses, research found a positive association between UMRF patients and younger age, non-Caucasian ethnicity, contraceptive use in women younger than 55, and smoking in patients 55 and over. Research has also found negative associations between antiplatelet (blood thinner) use before stroke and higher body mass index (BMI).

Ischemic stroke occurs when a blood clot or other blockage cuts off the blood supply to the brain and is the most common type of stroke.

“Our findings underscore the importance of testing for and treating blood lipid imbalances such as high cholesterol and triglyceride levels, as well as blood pressure and identifying and treating people with atrial fibrillation and diabetes. type 2,” commented Dr. Rego.

“Before our study, there was little clinical information on the frequency, patient profile and mechanisms of stroke in patients with acute ischemic stroke with previously undiagnosed major vascular risk factors. We hope this study will help identify potential stroke patients who require prevention and monitoring techniques in the future. (ANI)

This article is republished from aninews under a Creative Commons license. Read the original article.

Every version will surprise you with its new features. So keep abreast as DocSmart unfolds itself over the next 6 to 8 months. New versions will be added and present one upgraded with time.

DocSmart will be a one stop destination for all your Medical Product needs, be it small or major equipment’s.

Medical Events and Camps can be planned and propagated among target members. Members can search for upcoming events of their interest.

Medical News, Blogs, Pages will allow interaction in the app among its various members.

We've got you covered by answering some frequently asked questions to help you out!!! 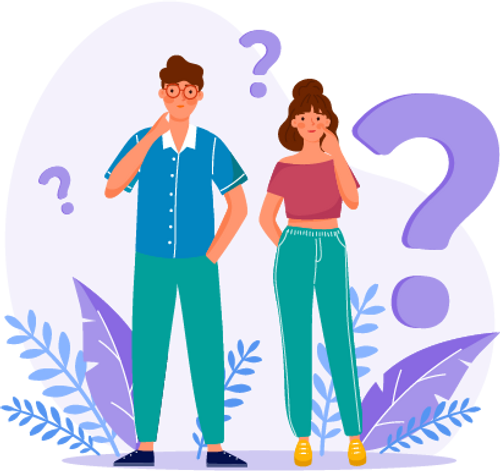 Which speciality doctors can use this?

The app can be used by doctors of all specialities.

Do I need to have a clinic?

No. You may not have a clinic and choose to work from home.

How will patients search for me?

Patients can search for doctors through the doctors search. It has search filters such as near me , rating and cost. You may reach out to us for all your needs: